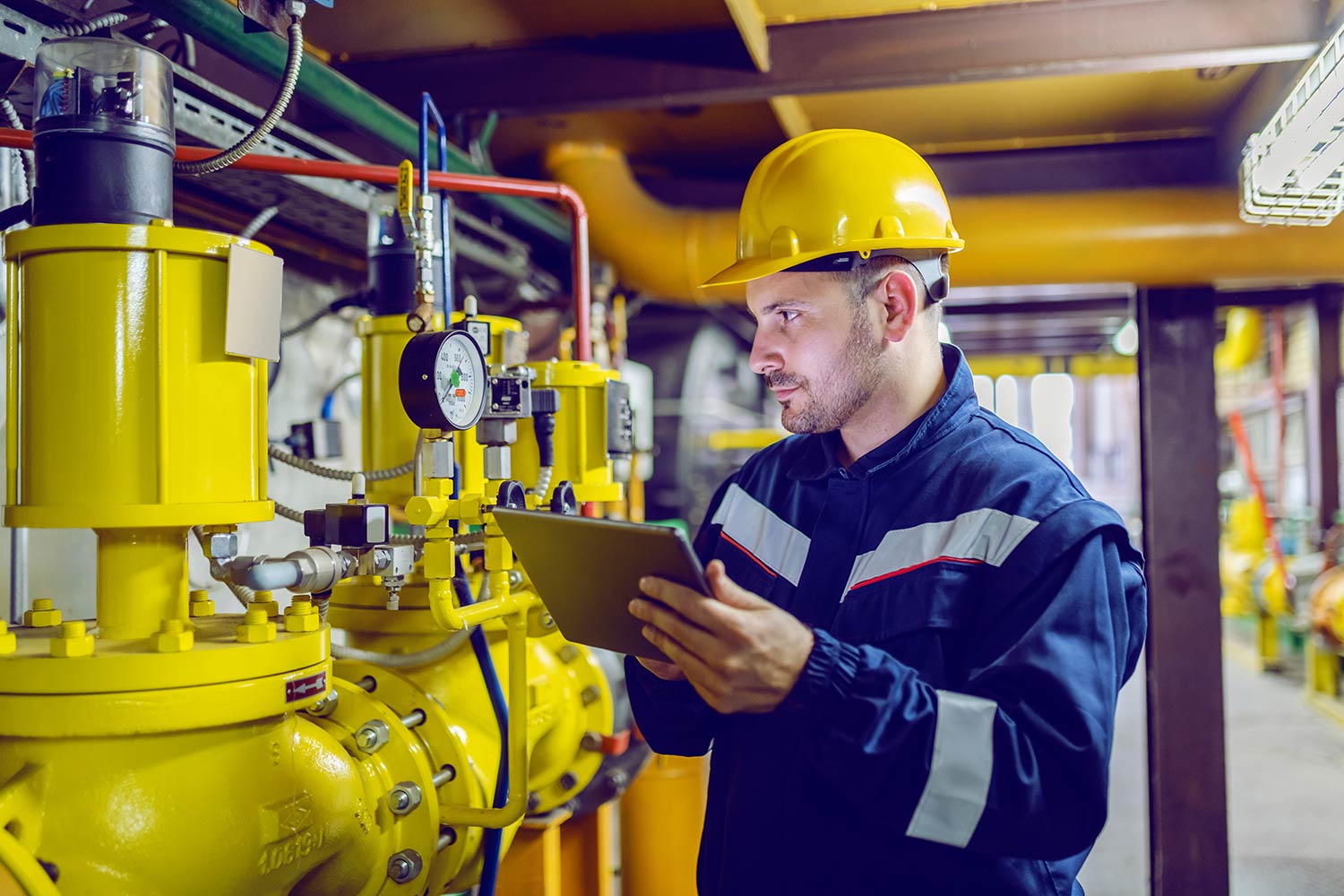 Imagine taking your car in for service. You do so in order to replace things before they fail – not when. By taking these actions, you reduce future unplanned downtime and risks associated with operating faulty equipment. The same goes for running a heavy industry site. In this post, we’re listing three common scenarios where proactive maintenance will save you time and money and make your business more effective.

1. Service on time to avoid the crime

One day, one of the loading shovels at your site starts to have engine issues. Your team takes a look at its service history and notices that it hasn’t been serviced on time. More specifically, the oil hasn’t been replaced according to routine. It’s clear that your staff have been doing the oil change at irregular intervals.

You know for a fact that when you use the same oil in an engine for too long, it’s a recipe for disaster. Apart from engine issues, you’re stuck with unplanned downtime – and all of a sudden you have a double whammy on your hands.

You need to prevent these kinds of mistakes, and one way to do it is through CheckProof. Once you specify servicing details unique to your site or machinery, CheckProof automatically creates a maintenance schedule. The app notifies you each time service is due, and once an employee marks a task as done, it creates a retrigger that notifies you the next time it’s due. By keeping track of service schedules, you can take action before it’s too late.

You use conveyor belts to move minerals in your quarries. One day, the bearing on the right side of your conveyor belt fails but the left bearing keeps spinning, and the whole instrument is ripped apart.

It turns out that the failure originated from lack of documentation because your facility is using pen and paper to keep your logs, and the problem hadn’t made its way to the responsible manager on time.

That’s where CheckProof comes in. When you raise a deviation in the system, CheckProof sends it straight to the site manager – removing intermediaries and manual logging from the process. When you utilise these functionalities of the app, nothing falls between the cracks.

The machinery on your site is greased at regular intervals to remove friction between parts. Your frontline team does this once a week, which has been working well up until now. But one day, there’s an unplanned breakdown in your facility. A few weeks later, the same thing happens again, and your production comes to a halt again.

It turns out that despite the unplanned downtime, your frontline employees have kept on greasing at regular intervals. Now, your machine is “overgreased” – bursting the sealed bearing containing the oil. The grease picks up grime and dirt and goes through the machinery – resulting in damage.

This is easily preventable. With CheckProof, you can trigger maintenance routines based entirely on uptime or production. In this example, you could’ve avoided overgreasing by setting greasing routines to be done after a certain amount of active operating hours – not at specific intervals.

Want to know what CheckProof can do for you?

CheckProof's easy-to-use app makes it easier to do the right thing at the right time. Discover how you can run world-class maintenance that is both cost-effective and sustainable.

Preventive maintenance is the practice of routinely inspecting and proactively servicing your facility’s equipment. This way, you’re able to notice minor issues and fix them before they turn into machine failure – in contrast to acting after. In this comprehensive article, we touch on everything from different types of preventive maintenance to implementing an efficient and future-proof maintenance plan.
2022-12-12

Improve your maintenance with IoT

Tired of guesstimating when you need to perform maintenance for your assets? The Internet of Things, or IoT, connects non-traditional computing devices to the internet and transfers their data over a network without human interaction. Use this data to create optimal maintenance routines for any piece of equipment in your facility.
2022-12-12

How to make accountability a core value at your facility

When you return to work on Thursday morning, you soon notice that the feed conveyor still hasn’t been fixed. The technicians have a lot on their to-do list, but this is a high-priority matter that must have fallen between the cracks. You start to wonder: “How can I make my team more accountable?”
2022-11-11

Highlights and insights from the Bauma trade fair

What were the hottest topics at the 2022 Bauma trade fair in Munich, Germany? What was a miniature wheel loader doing in the tech section? And did it all end with a big bang – or was it more of a beep? Get ready for a glimpse behind the scenes of this massive industry happening.
2022-10-21

How Swerock reduces their maintenance costs through smart digitization

Data-driven optimization through digital tools has helped Swerock – a major Swedish construction material supplier – reduce their maintenance costs per produced metric ton by a third. Find out why Swerock’s Project Director Payman Namvar has chosen a somewhat unusual setup for his team’s maintenance work, and why he considers CheckProof the most modern maintenance system on the market today.
2022-06-21

Let the games begin: how gamification can reduce idling in heavy industries

Breaking bad habits is hard, and forcing change top-down in bigger organisations is ineffective. That’s why you need to implement engaging elements into your heavy industries’ transformation, and gamification is a terrific tool for that. In this post, we’ll show you how activating core motivators can boost organisation-wide behavioural change.
2022-06-17

How to establish a continuous improvement culture for your facility

Continuous improvement is exactly what it sounds like. You strive towards always doing better, because there’s always room for improvement. The practice lets you identify opportunities for production and equipment optimisation – resulting in higher efficiency and lower costs. The concept itself seems straightforward, but how do you establish a continuous improvement culture for your facility?
2022-06-13

Imagine taking your car in for service. You do so in order to replace things before they fail – not when. By taking these actions, you reduce future unplanned downtime and risks associated with operating faulty equipment. The same goes for running a heavy industry site. In this post, we’re listing three common scenarios where proactive maintenance will save you time and money and make your business more effective.
2022-05-30

Leading aggregate producer Jehander, part of the international HeidelbergCement Group, never settles for less than great. Their 11 different quarries need to work seamlessly together and the old pen and paper method for quality controls wasn’t cutting it anymore. That’s why they turned to CheckProof.
2022-05-25

Introducing “yet another system” is rarely popular. But CheckProof’s app was welcomed with open arms by staff who had grown tired of spending more time in their previous inspection tool than examining the actual site that was to be checked.

Learn more about our solutions - select your role 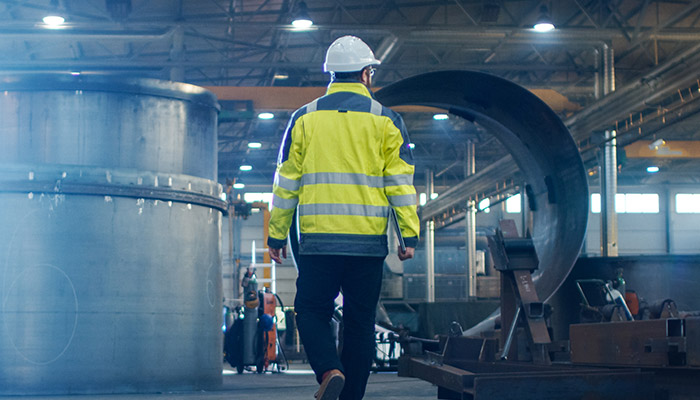 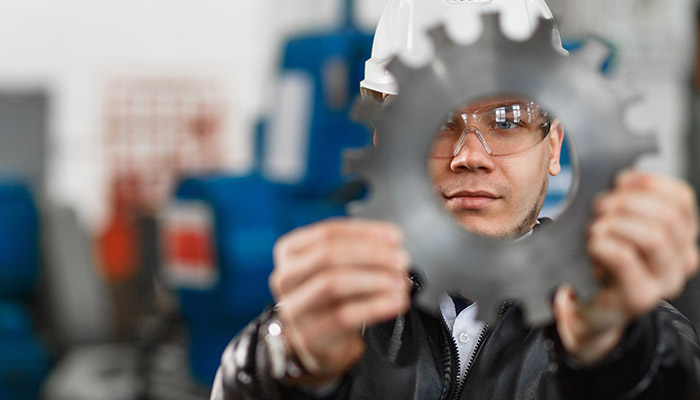 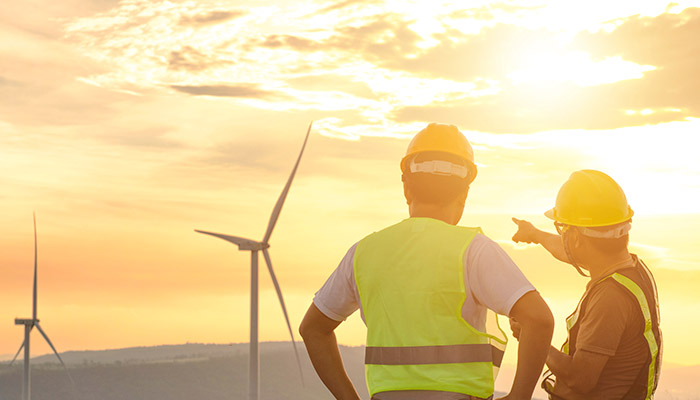 Make HSE an integral part of your frontlines’ day to day work. 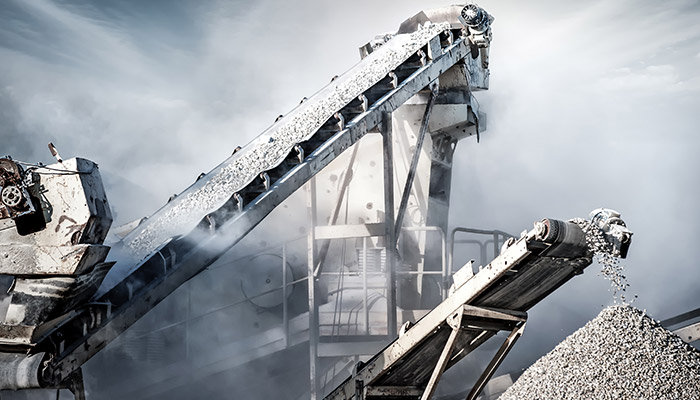 Do you need reasons to take the next step and try our solution? Here is why you should CheckProof your business.

Take your checklists one step further and make frontline inspections easier than ever.

With CheckProof, deviations and faults are reported quick and easy from your mobile device.

Connect your machines and systems to CheckProof and stream real-time data to get full control of your assets.

Equip your team with smart features to make every day work easier.
Book a demo